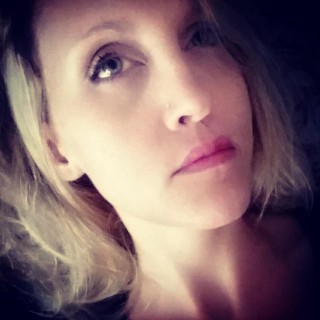 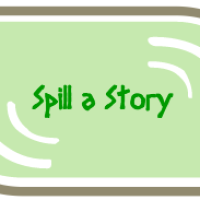 I stand back and run a hand through my hair. I’d just dusted the entire Kiosk and counted the money in the register. The mall around me begins to buzz with the activity of early shoppers. “Hi Leah! How are you today?” Pam shouts from the entrance of the clothing store across from me. Pam is a stylish blonde woman in her early fifties who seems to always have a smile or compliment to share. “I’m great Pam! How are you?” I say as I walk over to her and stand just outside the store. We exchange pleasantries and I tell her about how Liam threw my makeup into the toilet as I was getting ready for work this morning. I’d had to stop in at Sephora on my way through the mall to get samples of mascara and lip stick. Pam tells me a little about her dogs and we both get back to work. Occasionally, as I walk laps around my little kiosk, I glance over and see her hanging up a shirt. When she notices me looking she holds up a blouse that’s covered with bright blue and yellow floral patterns and acts as if she’s gagging. I nod my head in agreement that the shirt is hideous and we both giggle.

I alternate standing on different sides of the Kiosk, holding a soft pillow case in my hand, as I greet shoppers walking by. Most smile back at me, some return my greeting, others, after noticing me, immediately get a call or a text, and some suddenly find that the store displays have become immensely interesting and walk a bit faster. I only smile at them as they flee, enjoying my own private joke, that all it took for this petite little blonde blue eyed girl to become the stuff of nightmares was to sell sheets in the mall. The only time this irritates me is when I greet someone who I know heard me but chooses to continue to look forward, ignore me, and walk away. I have two college degrees so when I started the job I had to suppress the urge to feel that it was demeaning. It wasn’t terribly hard for me to shake off those feelings as it isn’t in my nature to feel that I’m above anything. After a few weeks it began to feel like I was part of a club. All the mall employees know each other and as I walk here and there throughout the day I chat with different people that I’m beginning to get to know. This is the one thing that I love about this job. Even mall security knows who I am and call out, “Hey Leah!” as they make their rounds.

“Boker tov, Leah.” I turn to smile at my boss as he quickly strides in my direction. “Good morning, Michael.” Michael is tall and thin with short brown curly hair, blue eyes, and a short beard. He’s wearing a black dress shirt and nice dark jeans, the same thing his other salesmen wear everyday. The other two Kiosks that he rents sell cosmetics from Israel. He’s a friendly man with a good sense of humor, which is surprising since he’d spent eight years in the military in Israel. He doesn’t seem the least bit militant. “Any sales this morning?” He asks in his thick Israeli accent. “Not yet, but it generally picks up after lunch and when school gets out.” I assure him. “Today is a good day, Leah, you can reach your goal and get your commission! I want you to do this. I want to give you more money.” I nod my head and smile and he gives me a high five. All of them, the Israeli sales guys, give high fives (ALL THE TIME). I don’t know if they were told that this is an American thing they should do as part of a sales tactic or if it’s just a normal part of greeting for them. I just go along with it and smile because that’s what I do, go with the flow.

At the end of the day I’m standing at the front of the Kiosk, pillowcase still in hand, leaning back and watching endless throngs of shoppers pass by. Earlier I’d had to take a break to get away from the crowds. Occasionally, I will start to feel claustrophobic in large groups of people. I’d felt an anxiety attack coming on and knew it was time to find a quiet place. Now I’m counting the minutes until the mall closes and my feet are throbbing and shooting pain up my calves. Today was an eleven hour day which means I’ve walked about eleven miles around the kiosk. I know because I keep track of my steps on my pedometer. I turn, looking over the top, and see a man standing in the center of the mall. He’s tall with long light brown hair and a short beard. He’s wearing jeans, a flannel shirt with a fleece vest over it, and he’s carrying a blue backpack. As soon as he notices that I’m looking at him he turns and walks quickly in the other direction. I think nothing of it and try to work up enough enthusiasm to make a few more sales.

“Do you like working here?” I turn to see the tall man, that I’d noticed earlier, standing before me. I smile up at him and say genuinely, “yes, I do.” He goes on to ask me a little about myself, where I’m from, what I enjoy and so on. I learn his name is Timothy and tell him mine. His gaze seems oddly intense as he speaks and I study him as I continue the small talk. “You know what you should do? When a man walks by that has on a wedding ring, you should ask him if he’s married, then ask him if he sleeps well at night.” I smile at the thought of actually saying this to someone and he goes on to say, “Now, if you see that he has a ring, but notices you’re an attractive woman and says he’s not married, Then you should ask HOW he sleeps at night. You’ll get a few laughs at least and you will have more fun.” I laugh again as he takes the pillowcase from my hands. “Burgundy isn’t the color you should be holding. It doesn’t catch the eye. You should use one of those light blue ones. Blue catches the eye and it’s a soothing color.” Just then Michael walks up, they greet each other, and just as suddenly as Timothy had appeared, he disappears with his friend.

I look over at one of the cosmetics salesmen named David and he’s making a circling motion around his ear. “What? Really? He didn’t seem crazy to me.” I say. David is not originally from Israel, like the others, he had told me once that he was from Ethiopia and had spent three years in the Israeli military. “He is crazy” David says in an accent that’s a mixture of Hebrew and Ethiopian. “He believes that God spoke to him in a vision and that he’s the Messiah.” I stare at him a moment before responding, “Well, the Messiah just gave me sales advice!” We both laugh and turn to get back to work.

6 thoughts on “The Night “The Messiah” Gave me Sales Advise”